A wireless card requires only a PCIe x1 slot – which also happens to be the smallest in terms of physical size and throughput rate.

This is because even the newest WiFi 6 PCIe cards have a throughput (speed) of about 2.4 Gbps (300 MB/s) on 5 GHz frequency. Contrast this to the data rate of a single PCIe x1 slot that can handle throughput rate of 985 MB/s and 1969 MB/s on PCIe version 3.0 and 4.0 respectively!

In this article we talk in detail about which PCIe slot for wireless card is most suitable. In doing so we will look into why that is so, talk about PCIe slots, version, bandwidth and all the related jargon.

If you are looking for a simple answer though, then PCIe x1 slot is the one to go for. Currently, there is no PCIe wireless card powerful enough to leverage the bandwidth of a higher PCIe lane count and hence none require a larger PCIe slot.

A PCIe lane is basically like a highway through which data travels to and fro the PCIe slot. The more lanes a PCIe slot has, the higher would be the throughout rate (speed in layman’s terms) of the expansion card that attaches to it.

The more demanding an expansion card is, the more PCIe lanes it requires.

The throughput rate of each lane differs from generation to generation.

It is important to understand that the amount of PCIe lanes your system has are limited. Hence it is wise to understand the lane requirement of new cards and the overall you have available.

For instance, if you have 20 PCIe lanes in your system, and have a graphics card taking up 16 lanes, an M.2 expansion card taking taking 4 lanes, you would not be able to install an additional WiFi card to a free x1 slot.

So Which PCIe Slot for Wireless Card?

As mentioned earlier, the x1 slot is more than enough for the contemporary WiFi 5 and WiFi 6 protocols.

Why is x1 Sufficient for a Wireless Card?

The transfer speed of PCIe slot differs from version to version. Currently, the most common PCIe version is the version 3.0. However, on older or entry level motherboards you may find some slots operating at Version 2.0 as well.

As seen in the table above PCIe Version 3.0 has a transfer speed of about 1 GB/sec per lane. This is sufficient to support the transfer speed requirement for the wireless add in cards. Why? let us look at an instance:

An average PCIe WiFi 6 card promises speed of 2.4 Gbps on 5 GHz frequency. 2.4 GigaBITS per second equals 300 MegaBYTE per second. Note the difference between bits and bytes. They are NOT the same thing.

Also Read: Onboard Wi-Fi vs Wi-Fi Card vs Wi-Fi USB

It should be noted, however, that while ideally an x1 slot should be used, you CAN fit the Wireless card in other larger slots i.e the X4, X8 or even the X16.

But, you should also note that installing the WiFi card in a larger PCIe slot will not give any kind of performance boost to it.

Plus, doing so would mean that you will have to sacrifice a precious larger PCIe slot that can otherwise be used for larger and more demanding expansion cards like RAID controllers or SSD expansion cards.

For instance, a PCIe x16 is the largest slot available on a consumer grade motherboard. If you occupy that with a WiFi card that requires a mere x1 slot, you will have wasted a card that can be used for a graphics card instead.

Do You Need to Provide External Power to the Wireless Card?

No, you do not. Unlike the graphics cards that are installed on PCIe X16 slot and require direct power from the PSU, the WiFi card does not.

WiFi card consumes very little power and therefore, they can be powered through the PCIe slot itself.

A PCIe slot itself can provide 75 Watts of power.

Making Sure You Have Enough PCIe Lanes

Every PC has only a limited amount of PCIe lanes. Using the PCIe X1 slot means that you are using one PCIe lane of your computer.

The total amount of PCIe lanes are determined by the processor you have as well as your motherboard chipset.

You can find out about the amount of lanes you have by looking at the processor and the motherboard chipset specsheet.

In order to install a WiFi Card and make it work, you need to make sure you have one PCIe lane available to you. 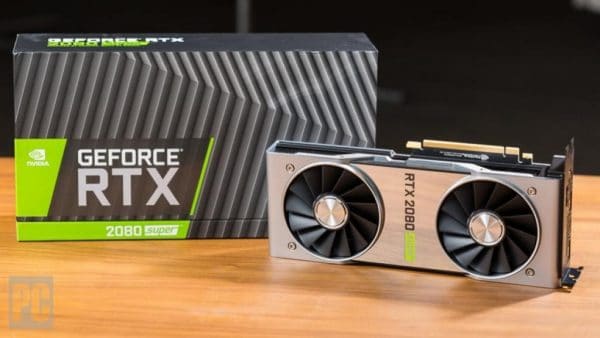 As mentioned earlier, the amount of PCIe lanes you have are limited so you have to be careful when building your system and procuring newer expansion cards like a WiFi card.

Typically an average processor offers 16 PCIe lanes and the motherboard may offer 4 or more PCIe lanes. So lets say you have 20 PCIe lanes available to you.

Say you install a graphics card on an X16 slot and a RAID controller on an X4 slot. They both will occupy 16 and 4 lanes respectively, totaling 20.

Hence, installing a WiFi card, even if you have a free X1 slot available, will not allow it work since all total lanes you have are already in use.

On the other hand, if you only have a single graphics card installed and nothing else, then you can go ahead with using the X1 slot for your WiFi card. With this configuration you will have occupied 17 out of 20 lanes (16 for graphics card and 1 for WiFi card).

Therefore, you will still have 3 PCIe lanes available which can be used for other devices.

In short, you will need to manage your total PCIe lanes and the amount of expansion cards you install.

Also Read: Do Motherboards Have Bluetooth?

Here we looked at a common question asked by those who are new to PCIe configuration and expansion cards i.e which PCIe slot for wireless card is suitable?

The simplest answer is the X1 slot and we looked at the reason why above. However, if you do NOT have an X1 slot available, you can go ahead and install the WiFi card in X4, X8 or even on an X16 slot but you will not see any performance boost.

Again before installing any PCIe expansion card like the WiFi card, it is essential that you make sure your PC has enough PCIe lanes to support your card.

This is especially true if you already have a plethora of devices connected to your motherboard. In case if you have no device attached, or if you only have a single graphics card connected, then there is a high certainty that you will have enough PCIe lanes left to support the WiFi expansion card without any issue.

9 thoughts on “Which PCIe Slot for Wireless Card?”